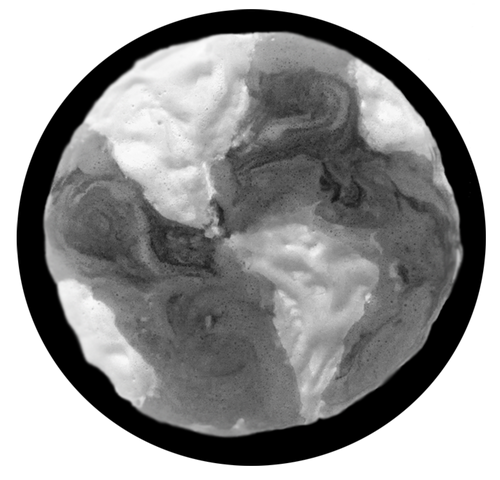 The past few months, or maybe a year, I've been feeling very nihilistic. Not much matters. No matter how much yoga and meditation I do, I'm still stressed, in a culture that promotes stress, overwork, and individualized responsibility. No matter how healthy I am, I can dislocate a rib and still months later have limited mobility. Why not smoke cigarettes again? Why not skip meditation? Why not drink alcohol again? Why not throw this plastic bottle in the garbage bin right here instead of waiting til I find a recycling bin, because that recycling bin probably ends up in a garbage dump anyway. I recently finished a milestone exam in my PhD recently that I had been preparing for and dreading for months (a year?) but instead of feeling happy and accomplished and celebratory, I just felt empty inside. What was the point of all that work?  Of all that stress? To check a box on my file? Hooray. I felt immensely happier and more fulfilled having dinner with friends that night than when my committee told me I got honours, something I had been secretly wishing I would but in reality gave me zero feelings other than emptiness.  When people congratulated me, I was like "oh, sure."

These feelings are carrying over to Ritual of the Moon. First though, there is worry. What if no one plays it? What if no one likes it? What if no one can play for 28 days, and the whole premise is flawed? What if there is a bug that we don't know about? But more prominent that that is my feeling of emptiness. What does it matter? No one will play it. It's already been to festivals and at galleries, maybe its time is over. It doesn't matter what I price it, something will be unhappy with the price. I've talked about R o t M so much but I'm making such a big deal over nothing.  I put years of work and dedication, alongside other really talented people also putting in beautiful work and dedication, for nothing. Just to feel empty.

Emptiness is a strange feeling. All feelings are hard to describe and don't really make sense unless you've experienced them. It can be either the feeling of missing something or that things are meaningless. I'm obviously the latter right now. Emptiness is often associated with depression, especially low level depressed feelings that exist in the every day, the slog to keep going, not necessarily sad. I personally am more prone to perfectionism, where everything matters too much, and I hold myself up to impossibly high standards. I think what's going on this year is the slowly growing belief that regardless if I live up to my high standards or not, it doesn't matter. Succeed or fail, whatever, i'm still sometimes anxious sometimes happy, and the earth is still doomed. Before I thought I had control over my life and my feelings, and it's seeming to me now that I have barely any.

This really isn't necessarily a bad thing.  Letting go of some perfectionism and control can be beneficial. Emptiness too isn't bad.  For the past 2 years or so I've been wanting Ritual of the Moon to be over so I can open up space for new projects. That emptiness is space for the next idea, the next project, or simply space for the lack of pressure. In fact, tomorrow night the programmer Chris and I are going to do a ritual where we burn Ritual of the Moon stuff like prints of assets and scribbles of notes about my feelings on it, so I can completely empty myself of it. Show gratitude for the whole process and all I've learned from it, and then let it go. Soon Ritual of the Moon will be the world's, not mine, so I have no business holding on to it.

Super real. I hope the ritual tonight is cathartic.

I used to fear I'd miss making a mark on the world. Now I just miss my cats instead.